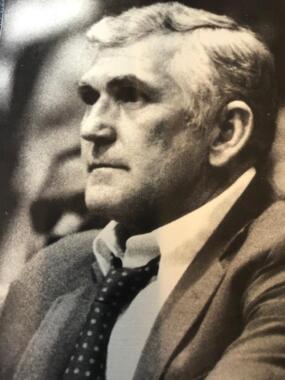 Back to Don's story

Don "Coach" Parson, 83, passed away on Tuesday, January 14, 2020, at home in Canton, Georgia.
Don Parson was a basketball standout at Lily High School from 1953 to 1956. In his senior year, he averaged 31.6 points per game, including a 64 point effort against McCreary County. He earned All-District and All-Region honors three times and was named All-State in 1956. Don went on to enjoy a successful collegiate career on the hardwood for the Western Kentucky Hilltoppers, playing for legendary E.A. Diddle from 1957-1960. He played guard for WKU from 1957-1960 and was a member of the team that gave Coach Diddle his 700th career win in 1959. That next year, he helped to the Hilltoppers to the regional finals of the NCAA Tournament. Coach Parson began his coaching career in 1960 at Calhoun High School and remained there until accepting the coaching duties at Madisonville High School. Coach Parson guided the Maroons to seven Sweet Sixteen State Tournament appearances, including a semifinal appearance in 1984. At the time of his retirement in 1998, Coach Parson was the winningest coach in Hopkins County history. His 726 - 336 career mark ranks him 8th among Kentucky's all-time winningest boys High School Coaches.
Don was one of 12 children born to the late Luther Parson and Sara Parson. He was also preceded in death by four brothers, Clarence Luther Jr., Carl, Ottis, and Bill; and four sisters, Geneva Massey, Lavina Metcalf, Mary Byrd and Thelma Buchanan.
He is survived by his wife of 62 years Helene Wagers Parson; his son Anthony Parson, his daughter-in-law Deborah Kington Parson; his granddaughter Meagan Parson Bowers, her husband William Thad Bowers; his grandson Mitchell Anthony Parson, his wife Jacklyn Waldrop Parson; his two great-grandsons Hunter and Hayden Parson; his brother Jr. Parson; his sisters Juanita Sheriff and Mattie Lou Profitt; and a host of nieces and nephews.
Funeral services will be held at 4 pm Friday, January 17, 2020, at Vankirk-Grisell Funeral Home. Burial will follow at the Pine Hill Cemetery.
Pallbearers will be Megan Parson Bowers, Thad Bowers, Mitchell Anthony Parson, John Morgan Hamilton, Mark Hamilton, and Jason Hawkins.
The family will receive friends from 3-4 pm Friday at the funeral home.
Messages may be written to the family at vankirkgrisellfuneralhome.com
Published on January 15, 2020
To plant a tree in memory of Don Parson, please visit Tribute Store.

Plant a tree in memory
of Don

A place to share condolences and memories.
The guestbook expires on April 14, 2020.

Nanette Page
So many memories at school and in the gym. Have everyone in my prayers. To me, back in the day, Coach Parson was bigger than life.
View all