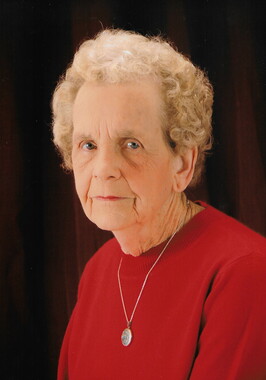 Back to Dorothy's story

Dorothy "Dot" Etwoile Berry, age 94, of Corbin, passed away on Wednesday Feb. 12, 2020, at her home.
She was born in Jackson, Georgia to the late Hugh Coleman and Elizabeth Jones Coleman. Dorothy was retired office manager with Commonwealth Insurance Co. in Corbin, a member of Central Baptist Church, and a Kentucky Colonel. She was a lifetime member of the American Legion Post #88 Auxiliary. While with the Auxiliary she was a founding member and active participant with the Honor Guard graveside service detail for deceased veterans.
In addition to her parents, Dorothy was preceded in death by her husband, John Wesley Berry; son, Steven Berry, and by her eight siblings.
She is survived by her children: Elizabeth Terry, Brenda Berry, and Wesley Berry (Diane); grandchildren: Paul Terry (Susan), Stephanie Berry and Steven Berry; great-grandchildren; Kindal Dent (Desmond), Simon Terry, Morgan Berry, Madeline McDaniel, and Rilee Litton; great-great grandchildren, Ezra Dent and William Charles Gregory III; sister-in-law, Margaret Berry, and by numerous nieces, nephews, family, and many friends including her special care givers, Bobbie Poynter, Martha Trent, Della Rose, Molly McQuire, and JoAnn Tate.
Funeral services will be held at 3 p.m. on Sunday, February 16, 2020, at the Vankirk-Grisell Funeral Home. Burial will follow in the AR Dyche Memorial Park in London, with the American Legion Post #88 Honor Guard and Auxiliary serving as honorary pallbearers.
Visitation will be from 1-3 p.m. on Sunday at the Vankirk-Grisell Funeral Home, where messages may be written to the family at vankirkgrisellfuneralhome.com
Published on February 14, 2020
To send flowers to the family of Dorothy Berry, please visit Tribute Store.

Send flowers
in memory of Dorothy

A place to share condolences and memories.
The guestbook expires on May 14, 2020.

Susen Freeman Wilson
Dorothy was a close and good friend of my mother's. Joyce M Freeman Wells. They were in the honor guards together. Prayers for her whole family.
View all