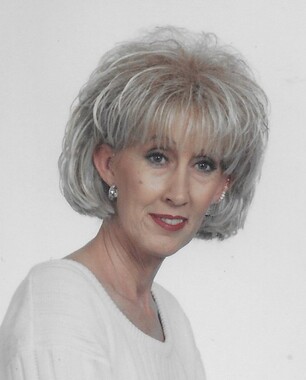 Dovie Diana Wilson, 66, of Henderson, Ky., passed away Monday, February 3, 2020, at her home.
She was born on October 1, 1953, in Pineville, Ky. to the late John and Beatrice Turner Hamilton. Dovie was a retired 911 dispatcher for Corbin Police Department and attended Point of Grace Church in Henderson. She loved her family and grandchildren and centered her life around them.
In addition to her parents, she was preceded in death by her husband, Woodrow Wilson; children, Douglas and Bobbi Jo Stewart; brothers, JR, Ralph, Floyd, and Euel Hamilton; sister, Joann Hamilton; and her chihuahua, Ms. Priss.
Dovie is survived by her children, Kyle Wilson, Kimberly Bemis (David), Brandy Wilson, and Euel Wilson (Melissa); grandchildren, Jade and Victoria Bemis, Christopher Fryman, Justin and Sarah Wilson, Jensen Hollin, and Nathan and Leah Farris; great-grandchildren, Remington and Carter Parker; sister, Debra Helton (Jimmy); two granddogs, Trek and RJ; and a host of relatives and friends to mourn her passing.
Funeral services for Dovie Diana Wilson will be held at 5 p.m. Saturday, February 8, 2020, at the Vankirk-Grisell Funeral Home with the Rev. Jimmy Helton officiating. A visitation period will be held Saturday, February 8, 2020, from 3-5 p.m.
Messages may be written to the family at www.vankirkgrisellfuneralhome.com
Published on February 6, 2020
To send flowers to the family of Dovie Wilson, please visit Tribute Store.

Send flowers
in memory of Dovie

A place to share condolences and memories.
The guestbook expires on May 05, 2020.

Carolyn Lloyd
Brandy , praying for you and family🌹so sorry for your loss.
Cindy
I love you so very much. My heart is just so broken right now, Aunt Dovie. I know you are happy Ms. Priss is back in your arms. Please hug her for me.
View all