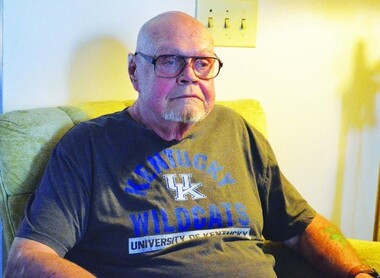 Back to Edward's story

Edward F. Setser, age 77, of Corbin, passed away on Monday, January 27, 2020, at Baptist Health in Corbin.
He was born in Corbin to the late Edward T. Setser and Anna Mae Weldon Setser. In addition to his parents, Ed was preceded in death by his Uncles, Fred and James Setser.
Edward was a gifted singer/songwriter having toured with James Brown, and wrote many great songs, included "Seven Spanish Angels." He retired and moved back to Corbin to care for and be with his family.
Ed is survived by those he considered his family; his children, Andrew Mahan and Missy Mahan; grandchildren, Tytus, Jonah, and Silas Mahan.
Graveside services will be held at 4pm on Wednesday, January 29, 2020, at Cumberland Memorial Gardens in Lily, Kentucky.
Arrangements by the Vankirk-Grisell Funeral Home, where messages may be written to the family at vankirkgrisellfuneralhome.com
Published on January 28, 2020
To send flowers to the family of Edward Setser, please visit Tribute Store.

Send flowers
in memory of Edward

A place to share condolences and memories.
The guestbook expires on April 27, 2020.