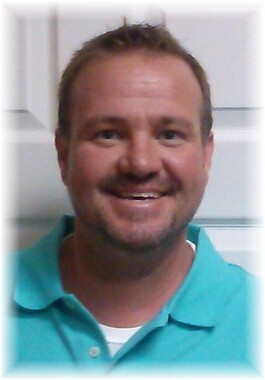 Back to Joseph's story

Joseph Paul Adkins, age 44, of London, Kentucky, departed this life on Wednesday, January 15, 2020, in Gulf Shores, Alabama. He was born on March 5, 1975, in Cincinnati, Ohio. He was preceded in death by his grandmother, Marie Adkins and a cousin, Scott Howard.
Joe served in the United States Army and was a graduate of Whitley County High School and the University of the Cumberlands. Joe loved his dogs and enjoyed his work with special needs children and taking veterans hunting.
He is survived by two children, Hunner Cole Adkins of Corbin and Landon Chace Adkins of Lexington; parents, Jimmy and June Lawson of London; four brothers, Chris Baker (Carolyn) of Somerset, Daniel Baker (Angela) of Williamsburg, Glenn Adkins (Rachel) of Siler and Brandon Lawson of London; nieces and nephews, Erica Baker, Megan Adkins, Rachel Scott, Devon Baker, Gradin Baker, Gavin Baker and Jackson Lawson; great nieces, Kaelyn Baker and Myla Withrow; fiancé, Elizabeth Griffith of Gulf Shores, Alabama; aunt, Shirley Fultz (Earnest) of Cincinnati, Ohio; uncle, Butch Partin (Trish) of Cincinnati, Ohio; and a host of other family and friends to mourn his passing.
Visitation will be after 5 p.m. Monday, January 20, 2020 at Croley Funeral Home.
The funeral service will be held at 1 p.m. Tuesday, January 21, 2020 at the Croley Funeral Home Chapel with the Rev. Shane Pippin officiating. Following the Service he will be laid to rest in the Moses Addition of Pleasant View Cemetery. Military Graveside Honors will be conducted by the American Legion Post #88 of Corbin.
Condolences may be made to the family at www.croleyfh.com
Croley Funeral Home of Williamsburg is in charge of all arrangements, Jerry W. Croley and J. Andrew Croley, directors.
Published on January 17, 2020
To plant a tree in memory of Joseph Adkins, please visit Tribute Store.

Plant a tree in memory
of Joseph

A place to share condolences and memories.
The guestbook expires on April 16, 2020.

Terri Sibley
June and Family,
I am praying for you all as you go through this time - praying today, tomorrow and for the weeks, months and years to come. Joe was such a sweet young man and I know he will be missed tremendously. Love to you all! I wish I was close enough to be there and give you a hug, but do know I love you and am praying for you!
View all