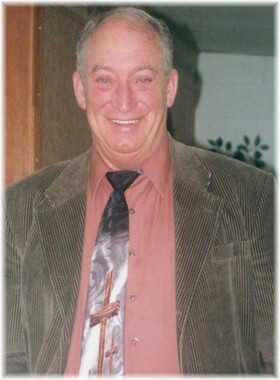 Back to Larry's story

Rev. Larry Wayne Waddell, age 71, passed away on Thursday, January 9, 2020 at the inpatient Bluegrass Hospice (Heaven's Waiting Room) facility located in the Markey Cancer Center building of the UK Chandler Hospital in Lexington.
He is survived by his wife of 50 years, Doxie (Lake) Waddell, daughter Pamela Denise Tomblinson and husband Jeff, son Danny Wayne Waddell and wife Stacy, all of Williamsburg; grandchildren, Matthew Ryan Tomblinson, Makayla Elizabeth Setters and husband Christopher and Lincoln Blake Waddell; his mother, Alma Otella (Paul) Waddell; and a host of other family and friends to mourn his passing. He is preceded in death by his father, Roscoe Wesley Waddell and sister, Vana Lynn Storms.
Larry Wayne Waddell was born on December 24, 1948 in Bell County, Kentucky to Roscoe and Otella Waddell. He was one of six children. He was a graduate of Whitley County High School. He was a Staff Sergeant in the United States Air Force from 1968 to 1972. Over Larry's life he worked for Peabody Coal Company in Western Kentucky until 1988, Trueseal Technology in Barbourville for over 10 years, and was a preacher for 40 years, where he was the pastor of Cumberland Freewill Baptist Church for 25 years which he had to give up because of deteriorating health issues in 2017. He was a member of Calvary Missionary Baptist Church in Williamsburg. Larry spent most of his time doing the Lord's work, he loved fixing lawnmowers, fishing and enjoying his kids and grandkids.
Visitation will be after 5 p.m. Monday, January 13, 2020 at Croley Funeral Home.
The funeral service will be held at 1 p.m. Tuesday, January 14, 2020 at the Croley Funeral Home Chapel with Rev. Rob Powers officiating. Following the service he will be laid to rest in the Wilson Cemetery on Goldens Creek. Military Graveside Honors will be conducted by the American Legion Post #88 of Corbin. Todd Shelley, Seth Wilson, Ronald Lake, Bill Bull, Christopher Setters and Jordan Richardson will serve as pallbearers.
Condolences may be made to the family at www.croleyfh.com
Croley Funeral Home of Williamsburg is in charge of all arrangements, Jerry W. Croley and J. Andrew Croley, directors.
Published on January 13, 2020
To send flowers to the family of Larry Waddell, please visit Tribute Store.

Send flowers
in memory of Larry

A place to share condolences and memories.
The guestbook expires on April 12, 2020.