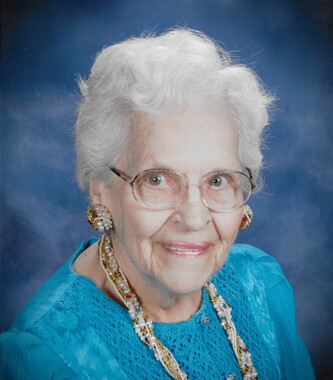 Back to Mary's story

Mary Elizabeth Dunn went to heaven on December 18, 2019 at the age of 95.
She was preceded in death by her spouse, Hugh Everett Dunn; her mother, Reina Heath Johnson; her father, Ray Johnson; her sister, Geraldine Wyatt; and her brother, Ben Johnson.
Mary E. had been an employee at the First National Bank of Corbin for over 40 years until she retired at the age of 65.
She had been very active in the Grace on the Hill Church and had taught Sunday School for many years.
She had served in the United Methodist Women as president, vice president, secretary, and treasurer on both the district and local levels.
She is survived by her son, David Dunn; son, John Dunn and his wife Sharon; daughter, Mary Sweeney; grandson, Chris Sweeney and his wife Debra; great-granddaughters Sydney Sweeney, Scarlet Sweeney, and Mikayla Brooks; her brother, Ray Johnson Jr.; and by many nieces and nephews.
She lived a full life devoted to her family, friends and church, and she will be missed.
Funeral service will be held at 2 p.m. Saturday, December 21, at Vankirk-Grisell Funeral Home with the Rev. Tim Thompson officiating.
The family will receive friends from 1-2 p.m. Saturday at the funeral home.
A private burial will take place in the Pine Hill Cemetery.
Memorial contributions are suggested to the Grace on the Hill building fund.
Messages may be written to the family at vankirkgrisellfuneralhome.com.
Published on December 19, 2019
To plant a tree in memory of Mary Dunn, please visit Tribute Store.

Plant a tree in memory
of Mary

A place to share condolences and memories.
The guestbook expires on March 18, 2020.

Dorothy Miller
Mary was one of the most beautiful people I’ve ever known. Pure heart and soul.
Brenda Brown Siegel
Mary Ida, sending my condolences to you and. Your family. May God comfort you at this difficult time! I hope that you remember me. We had lot"s of fun in PE together! I have asked many of our classmates about you. I live in Tennessee near Nashville! Sending love and prayers to you !
View all