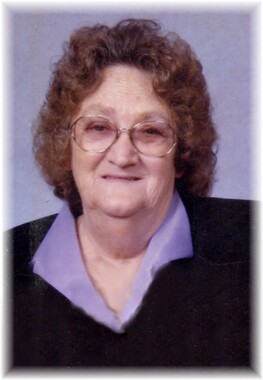 Mrs. Otilla Waddell, age 89, of Gail Hart Road, Rockholds, Kentucky departed this life on Thursday, January 16, 2020 at Baptist Health in Corbin. She was born on May 16, 1930 in Rockholds, Kentucky to the late Robert and Samantha (Walters) Paul. In addition to her parents, she was also preceded in death by her husband, Roscoe W. Waddell; daughter, Vanna Storms and son, Larry Waddell. Otilla was a member of Emlyn Baptist Church.
She is survived by two daughters, Patricia Harris (Jay) and Portia Cox, all of Rockholds; two sons, Greg Waddell and Denny Waddell of Rockholds; a host of grandchildren, great grandchildren and great-great grandchildren; sister, Vivian Tollett (Tommy) of Woodbine; and a host of other family and friends to mourn her passing.
Visitation will be from noon until the funeral hour on Sunday, January 19, 2020 at Croley Funeral Home.
The funeral service will be held at 2 p.m. Sunday, January 19, 2020 at the Croley Funeral Home Chapel with the Rev. Ronnie Bowlin officiating. Following the service she will be laid to rest in the Hart Cemetery in Rockholds.
Condolences may be made to the family at www.croleyfh.com
Croley Funeral Home of Williamsburg is in charge of all arrangements, Jerry W. Croley and J. Andrew Croley, directors.
Published on January 16, 2020
To plant a tree in memory of Otilla Waddell, please visit Tribute Store.

Plant a tree in memory
of Otilla

A place to share condolences and memories.
The guestbook expires on April 15, 2020.